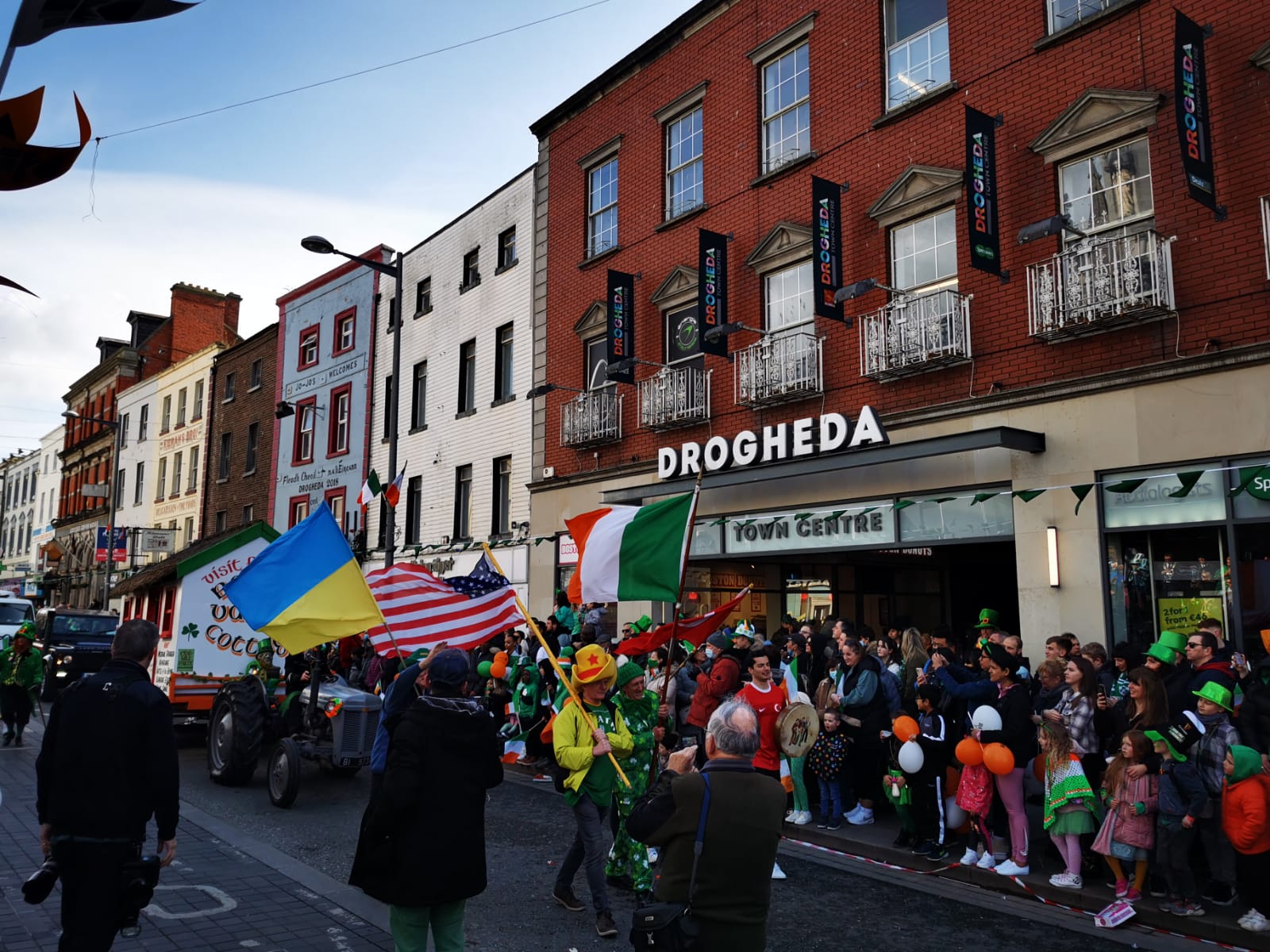 Even though there was no festival or parade for the St Patrick’s Day celebrations for two years during the pandemic lockdowns, Love Drogheda BIDS sponsored a ‘Window Dressing Competition’ in 2019 and gave the winning trophy to Wool Works on West Street for their fantastic St Patrick’s Day themed window display.

In 2022, we took part in the parade with a float showcasing the Love Drogheda Gift Card, as well as being one of the sponsors of the parade,alongside Wogan’s Build Centre and Coca Cola. We were delighted when out float was awarded second place in the "Best Commercial Float" category, losing out to the worthy winners; Drogheda LGBTQ Pride group.

Congratulations to the Drogheda Festivals Committee and everyone who took part in the St Patrick's Day Parade 2022. It was one of the towns most highly attended parades in recent years. We acknowledge the amount of work that went into planning the parade and the effort to make it the most special, since it was Drogheda's first public event since the Covid 19 pandemic hit.

Our ‘Window Dressing Competition’ was held again in 2022, with a massive number of businesses along the parade route and across the town taking part. As impressive as our judges were with all of the entrants, the worthy winners were Ronaldo's Flowers on West Street with Thirty-Eight Cafe on Peter's Street as runners up. Ronaldo's prize was a €100 Love Drogheda Gift Card and a trophy which they have displayed instore. The runners up won a €50 Gift Card. Congratulations to both businesses.